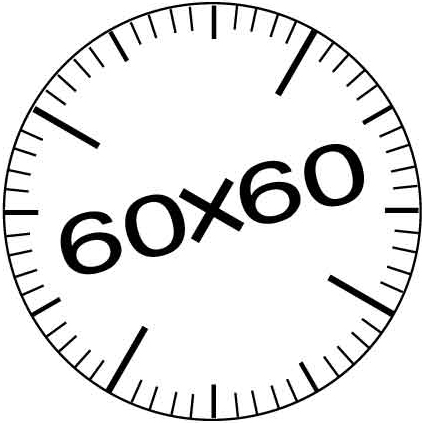 Vox Novus and Wave Farm are delighted to collaborate on a special edition of 60x60 focused on Radio Art. Selected from an international open call, 60 works (created with, for, about radio and transmission) with durations of 60 seconds, comprise this eleventh annual 60x60 project. 60x60 Wave Farm Mix will be featured as an FM broadcast on Wave Farm’s WGXC 90.7-FM; distributed as a Wave Farm Dispatch Series download; and featured in a series of live listening events.

60×60 is a one-hour-long show made by sequencing 60 pre-recorded pieces by 60 different composers, each piece a minute in length or shorter. Every one-minute piece will be played continuously without pause. Each of the 60 pieces will begin precisely at the beginning of the minute, this will mark the end of one piece and the beginning of another.

About Wave Farm
Wave Farm is a non-profit arts organization that celebrates creative and community use of media and the airwaves. Wave Farm programs programs support artists who engage the transmission spectrum, on the airwaves and through public events and include the Wave Farm Artist Residency Program, and international visiting artist program; and the Transmission Arts Archive, a living genealogy of artists’ experiments with broadcast media and the airwaves. Wave Farm’s WGXC-FM is a creative community radio station that commits over 60 hours a week to transmission art and experimental sound. wavefarm.org

About Vox Novus
Vox Novus is new music production and promotion company. Its mission is to cultivate a music community and make new music readily available to the greater public. Vox Novus accomplishes this mission through its concert programs: 60x60, Composer's Voice concert series, Fifteen-Minutes-of-Fame, and Circuit Bridges. To empower the community of new music Vox Novus make available web tools to better sccomplish the promtion of new music such as: Composers' Site, Music Avatar, NM421, and other resources.

Composers selected for the 60x60 Wave Farm Mix include: